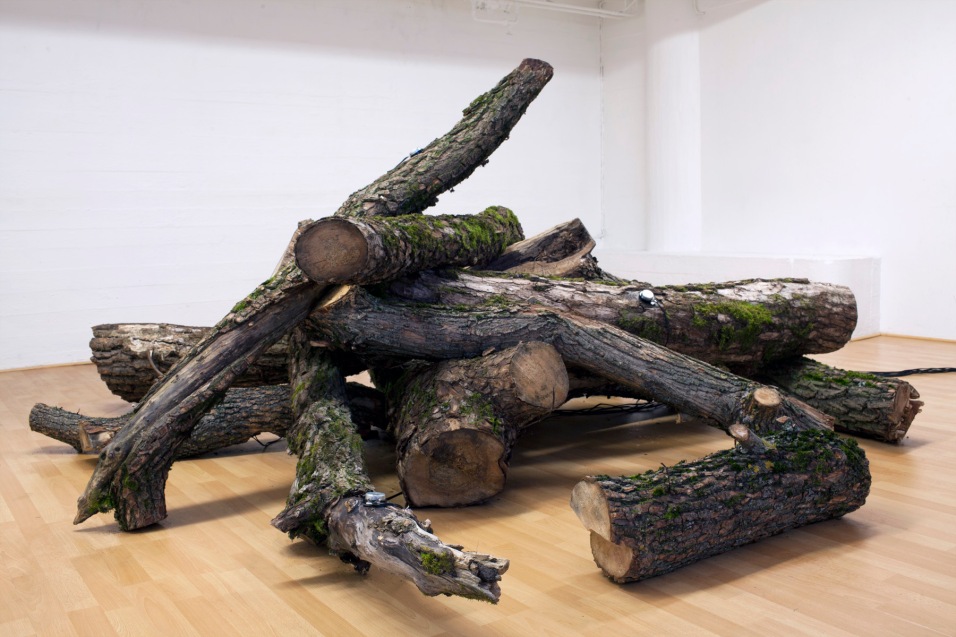 Treverk is an ongoing series of installations based on audio recordings of minuscule movements in trees. The work shown at Oslo Prosjektrom is the third one in the series. The recordings are treated and amplified to various degrees. Surface transducers have been attached to the installations trees in which the recordings were originally captured, allowing the sound to be affected by the logs in real time. Making the trees integral parts of the installations speakers.
The trees used in these works were already cut or had fallen as a result of strong winds (found material) before I started working with them. No trees were cut by me to make these works.